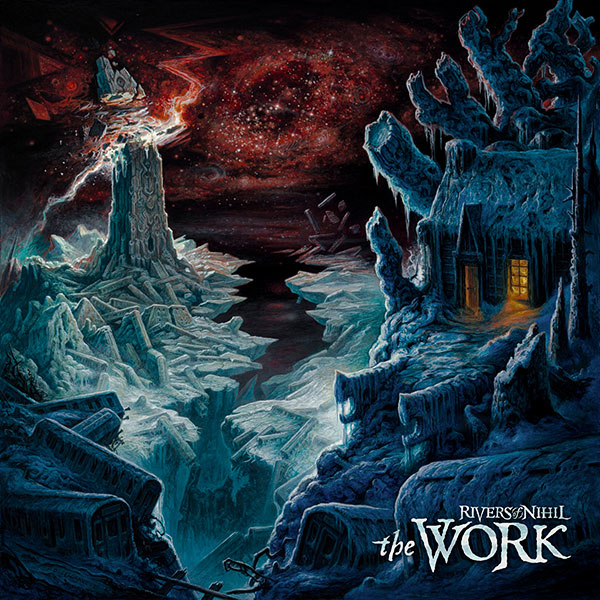 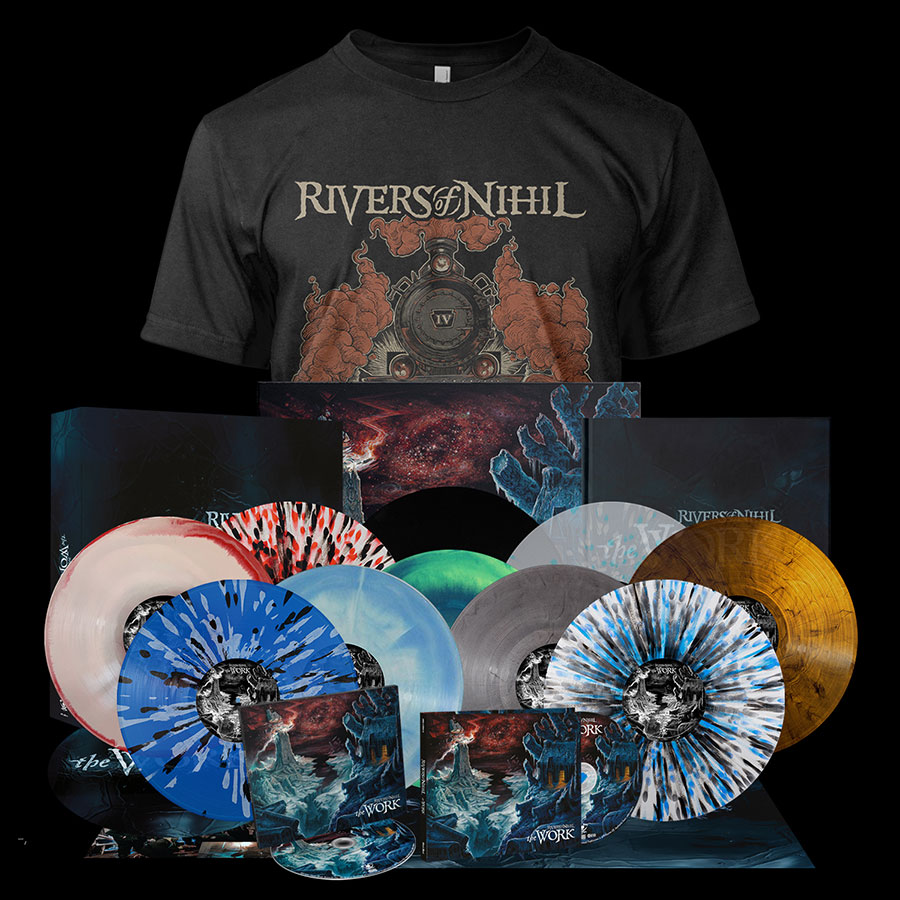 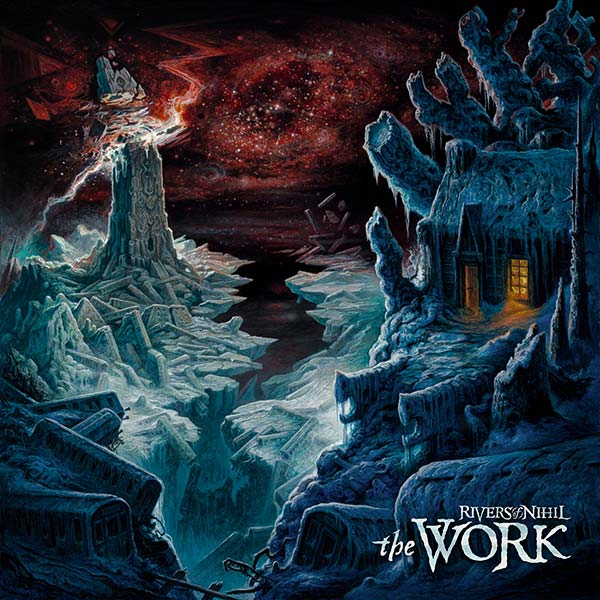 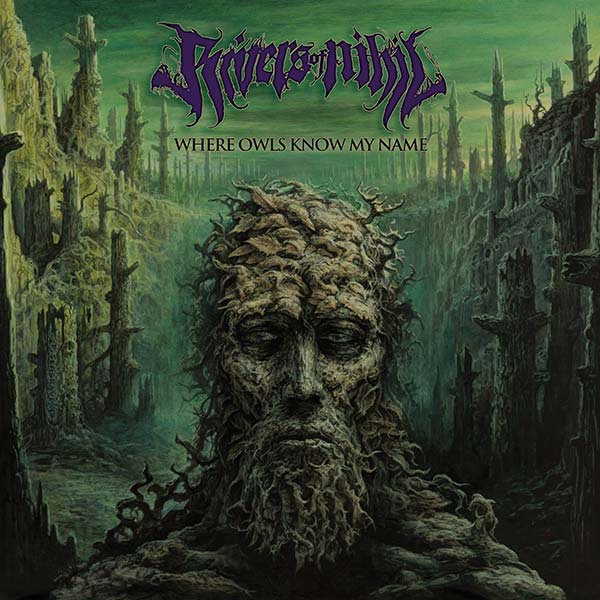 Where Owls Know My Name 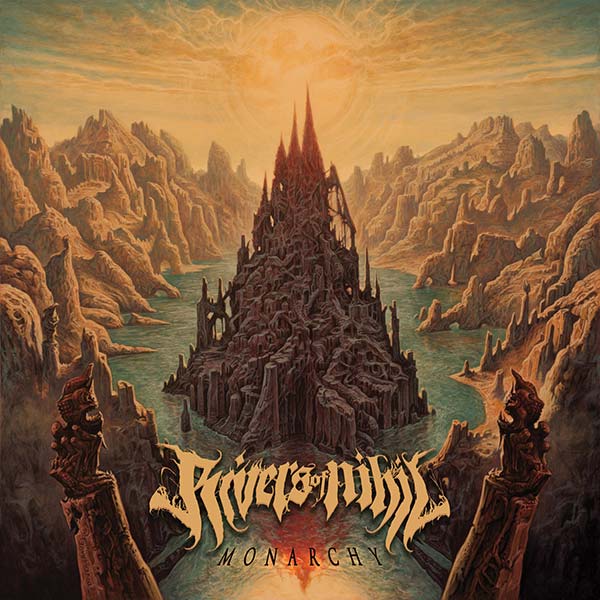 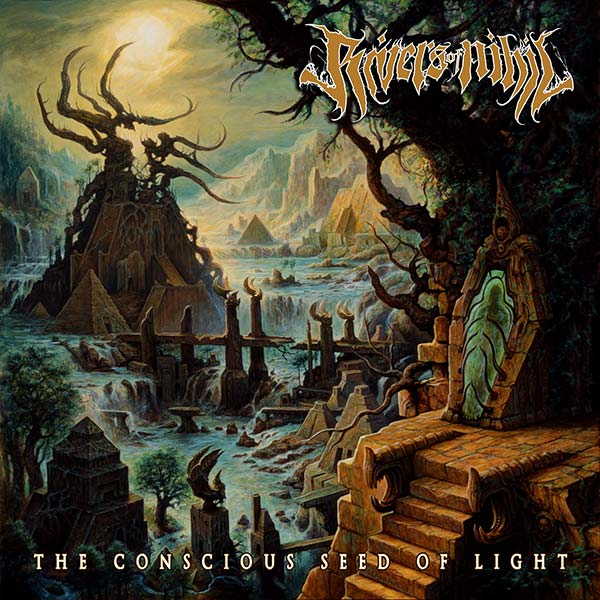 The Conscious Seed of Light 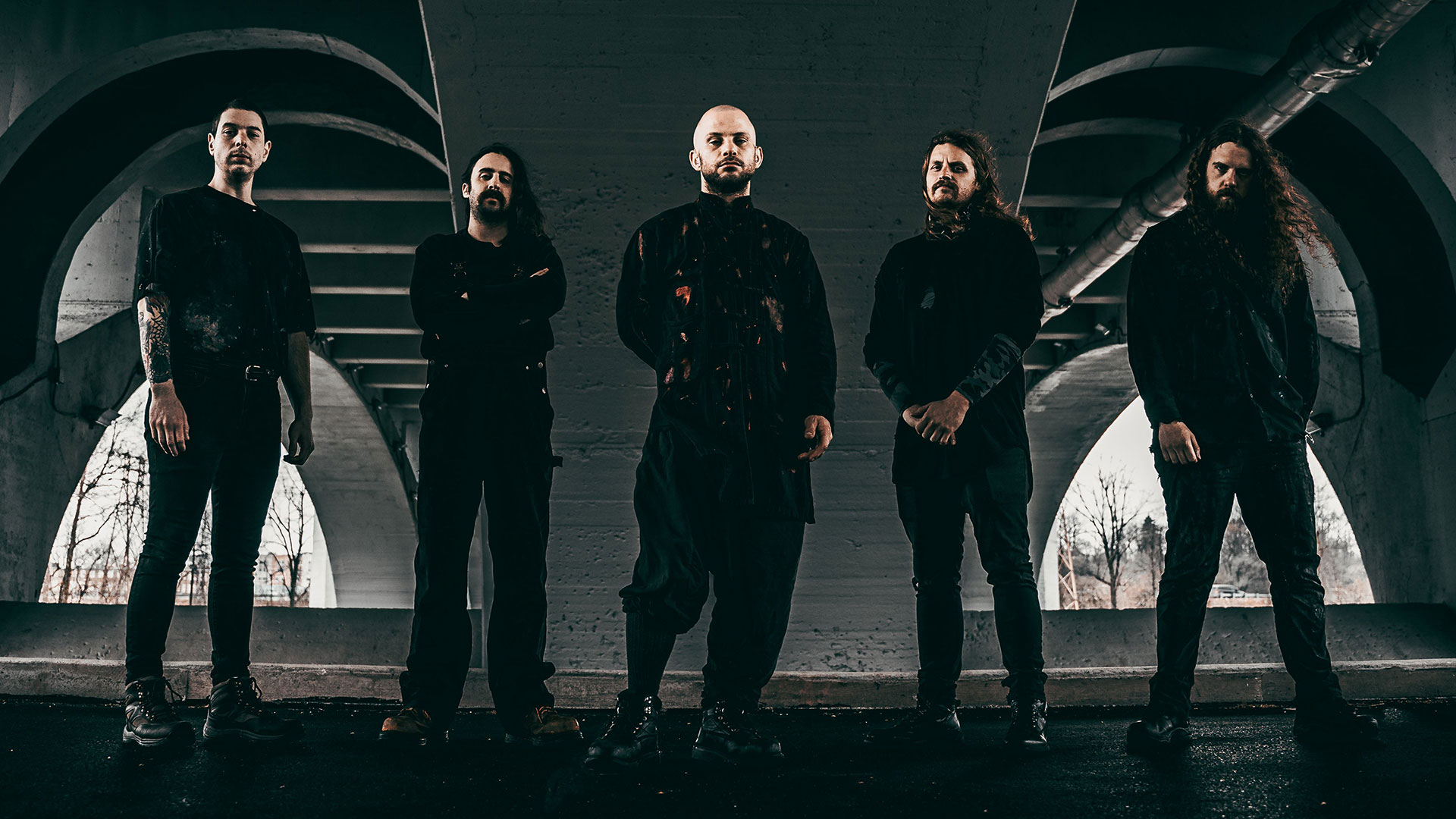 About Rivers of Nihil

Reading, Pennsylvania's Rivers Of Nihil have never fit neatly into a box, but with 2018's Where Owls Know My Name, they transcended all labels applied to them. Returning in 2021 with The Work, they have forged further into new territory, delivering an album that is as cerebral as it is visceral, and that covers a staggering sonic range, definitively placing them in a category of their own.

With the first track penned in the fall of 2018, while the band were touring Owls, the writing process for the album was long, lasting well into 2020. Even before the music industry shutdown that happened concurrently with the Covid pandemic, the band intended to take most of 2020 off to focus on writing, meaning that their schedule was not disrupted. However, even with the whole album demoed out musically, they were not initially sure what they were working with. "We didn't really know if it was all going to connect together in any kind of logical or interesting way. It wasn't until we got the vocals done that it was clear what we had on our hands: something that actually somehow all worked together," says guitarist Brody Uttley, who describes the album as a "Sound World," a term coined by a friend. "It's an album that almost sounds like a place rather than a thing. It puts you in this world where you're not exactly sure what is going on at certain points, but eventually, it all comes together. It's harsh and cold, but also warm and inviting," he adds.

For the guitarist, writing music came together smoothly, never having to push to find ideas, and in spite of the raging pandemic. "I don't think on any other release I was able to insulate myself from external noise like I did on this one. The amount of work that went into it is obscene, but I felt like I was just floating through this 'sound world' the whole time, kinda grabbing ideas off of the vine and seeing how they worked."

Lyricist and bassist Adam Biggs' experience was somewhat different, finding the process more challenging, but this was ultimately to the The Work's betterment. "It felt like a huge demand to get this record written during one of the weirdest times imaginable. It gets to the point sometimes after a lot of touring that you can forget how to be creative, because you've just been playing your - now old - material for several years. Writing this record, for me, meant almost entirely reconnecting with creativity after what I'd consider to be a lengthy hiatus."

While The Work is a very dense, inarguably heavy collection, it is far too dynamic to consider it solely a metal record, and there is a genuine warmth that shows through, particularly on "Wait" and the gorgeous "Maybe One Day," and the band have included far more clean vocals alongside the screaming that tears through many of the heavier tracks. Adds Biggs, "It spans a lot of different styles, ideas, and emotions. The twists and turns are pretty drastic for your modern day metal record. There's a lot of what you already know we do, and a lot of what you've never heard us do before."

Courtesy of their friend Zach Strouse, saxophone once again adds extra layers of atmosphere to the collection, utilizing baritone, soprano and alto saxes to great affect. "We really wanted the sax to be more of a texture on this album rather than a featured instrument. So while it may seem like there is more sax, the only 'true' sax solo is in 'The Void From Which No Sound Escapes.' For most cases on the rest of the album, he is just sort of reinforcing the songs in his own way, which is exactly what I wanted. I didn't want to tell him how to sound or what to do really. I just wanted his response to the material, and he definitely did a fantastic job."

While there is a central concept driving the album, Biggs elects to keep the specific details to himself so that listeners can relate to it in their own way, but he explains where the title comes from. "What does life all really boil down to in the end? You can be lovey-dovey about the good times, and savor the sweetness that life sometimes provides, but beneath everything is work, struggle, someone is always getting a raw deal, someone's always sweating it out in the mines somewhere so you can enjoy your diamonds. This has always proved true in everything I've ever done in life. Most people reading this know me as a member of a successful band, but beneath it is constant work. Physical, emotional, spiritual work. All the time. Every day. And I know that it's like this across the board for just about anyone in at least some capacity, so I figured this subject would be relatable to a lot of people."

"Focus," one of the album's standout tracks, is a meditation on the writer's - and possibly the listener's - relationship with drugs, starting with having been medicated for ADD as a kid. "That was not uncommon for the time. Maybe it was for the best, maybe not. But it did kick off a relationship with drugs that has been pretty interesting. I've gone through long periods of sobriety, and I've been on the complete other end of that. What I find is that drugs are largely disappointing. The expectation is that they can relieve your mind, or change your thinking. But for me, it always just feels like a slight shift in focus." Then there is "The Void From Which No Sound Escapes" and "MORE?", which are thematically linked. "It's about expectation and delivery. 'Void' is the expectation, they want what you have, and you have to give up a bit of yourself to give it to them. The 'what' and 'they' in that sentence aren't super important. But I think everyone has a 'what' and they know a 'they' that wants that from them, and we all feel some obligation to deliver."

With guitars and synths/keys tracked at Uttley's home studio, the band then we went back for the third album in a row to Carson Slovak and Grant McFarland at Atrium Audio to do drums, vocals, bass, sax, and mixing. "We've done so many sessions with those guys that they're basically an extension of our band at this point. They usually know what we like, and we always encourage them to roast us to make stuff better," says Uttley. Alongside the band, James Dorton from Black Crown Initiate provided some vocals on "Episode," Grant McFarland played cello on "The Void From Which No Sound Escapes", and Uttley's friend Stephan Lopez helped out with all of the field recordings, an integral part of the sonic textures of the record.

There's no denying that the finished product is something unique and marks the beginning of an exciting new chapter for Rivers Of Nihil, though Biggs states he has never gotten anywhere by thinking about the future of the band. "We always just sort of do this thing and it grows. I guess that could change at some point. But thinking about things that way doesn't seem to get me anywhere either. Better to focus on the work in front of us, as it turns out," he adds, referencing the album's title. "If we've learned anything for certain in the last year or so, it's that the future can be murky, we're not really owed anything, and it can all be taken away any second. But for now, we press on."